Top 10 regional foods of the UK

In decades gone by, food in the United Kingdom was seen as dull and uninspiring by chefs and food connoisseurs abroad; this was mostly due to the food shortages during and after World War II. Things have certainly changed now though as there is an abundance of stunning regional produce which is used to create wonderful dishes; some with centuries of history attached and all which form part of the diversity of contemporary cuisine of the UK.

Here then are the top 10 regional foods in the UK and where you should look to sample them.

A delicacy almost unknown outside the UK, no Sunday roast would be complete without a beautifully crisp serving of Yorkshire Pudding. When filled with beef and gravy, it’s the absolute accompaniment. Eat at any Yorkshire pub and you’ll be able to take part in debates with locals over the best size, shape and recipe to produce the tallest batter-based delicacy to serve at the table.

Is it a tart? Is it a pudding? There’s evidence from both sides of the fence of the locals of the small market town of Bakewell as to which came first and so the now famous name of one of the most delicious sweet treats you can try in the UK. Made with either a pastry or cake base and with jam and almonds incorporated, visit any one of the eateries in the area to try both versions before making a decision as to which should be hold a place in culinary history.

Adults will tell small children in Scotland that the Haggis in fact a shy, small animal which lives among the glens and heather of the Highlands. They soon learn though that this tale is just a fairy story and that a Haggis is a delicious combination of minced lamb, oatmeal, suet and spices. Originally held together in a casing of the stomach of a sheep, they are more usually sold now complete with an artificial casing. Head to any area of Scotland on 25 January – Burn’s Night – and enjoy this savoury dish along with neeps and tatties; swede and potatoes.

Nowhere creates a cream tea like the quaint cafes of Devon. Warm from the oven scones, thick clotted cream and sweet strawberry jam, it is quintessentially English and should always be enjoyed in the afternoon with a pot of strong tea.

Head to Lancashire for the hearty dish of Hot Pot. A mix of lamb or mutton, potatoes and onions, this is a dish which will keep you full and warm all day. Served straight from the casserole dish, it is decorated with a topping of slices of potato which are crispy on the top and soft underneath after they have soaked up the juices of the meat.

A dish eaten almost exclusively in the north east of England, Pease Pudding is a dish steeped in history. Split peas which are cooked in the stock of ham bones and vegetables, they aren’t ready to serve until they are soft enough to blend into a paste. Check out Newcastle cafes for the best servings available.

Liverpool can lay claim to one of the most famous British dishes. Made originally from inexpensive ingredients of scrag end of lamb and root vegetables, Scouse was slowly cooked all day to produce a rich, thick pot of food to feed a hungry family.

The dish almost all overseas tourists want to sample; fish and chips. Eaten fresh from the wrapping of paper and sprinkled with salt and vinegar, the battered crispness gives way to the buttery white fish. Accompanied by hot, home cooked chips, the only decision is whether to have haddock or cod. Visit somewhere such as Whitby to try award-winning fayre and you can try some of the best natural produce available along the eastern coastline – but beware of the seagulls who will want to share!

Over the sea to Northern Ireland and the heartwarming smell of freshly baked Soda Farls will greet you in every bakery.

Wedges of soda bread, they are often eaten at breakfast generously coated in salty butter and are made from bicarbonate of soda rather than yeast. Their unique taste is legendary and you can also treat yourself to soda farls which have had potatoes combined in the mix for the ultimate in comfort food.

The UK has many great cheeses to offer. In Wales, the abundance of green grazing land and cow’s milk means they have some particularly beautiful products. One of the most famous cheeses available is the soft and pearly white Caerphilly. It originates from the town of the same name, so head there next year for their annual food festival held each May. 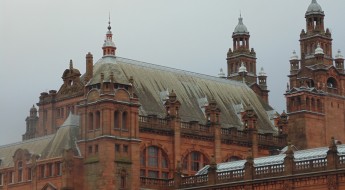 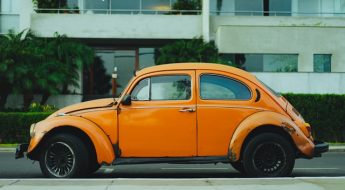 What you need to check for when buying a used car 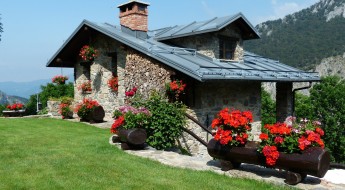 How to Choose a Holiday Cottage 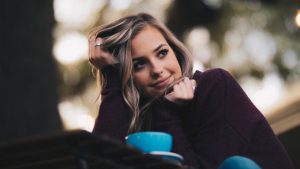